With another month of writing done, I could bring up a progress chart like I did for February. Or, I can tell you about my signature accomplishment for March 2021.

So let's talk about The Tower Of Humanity. 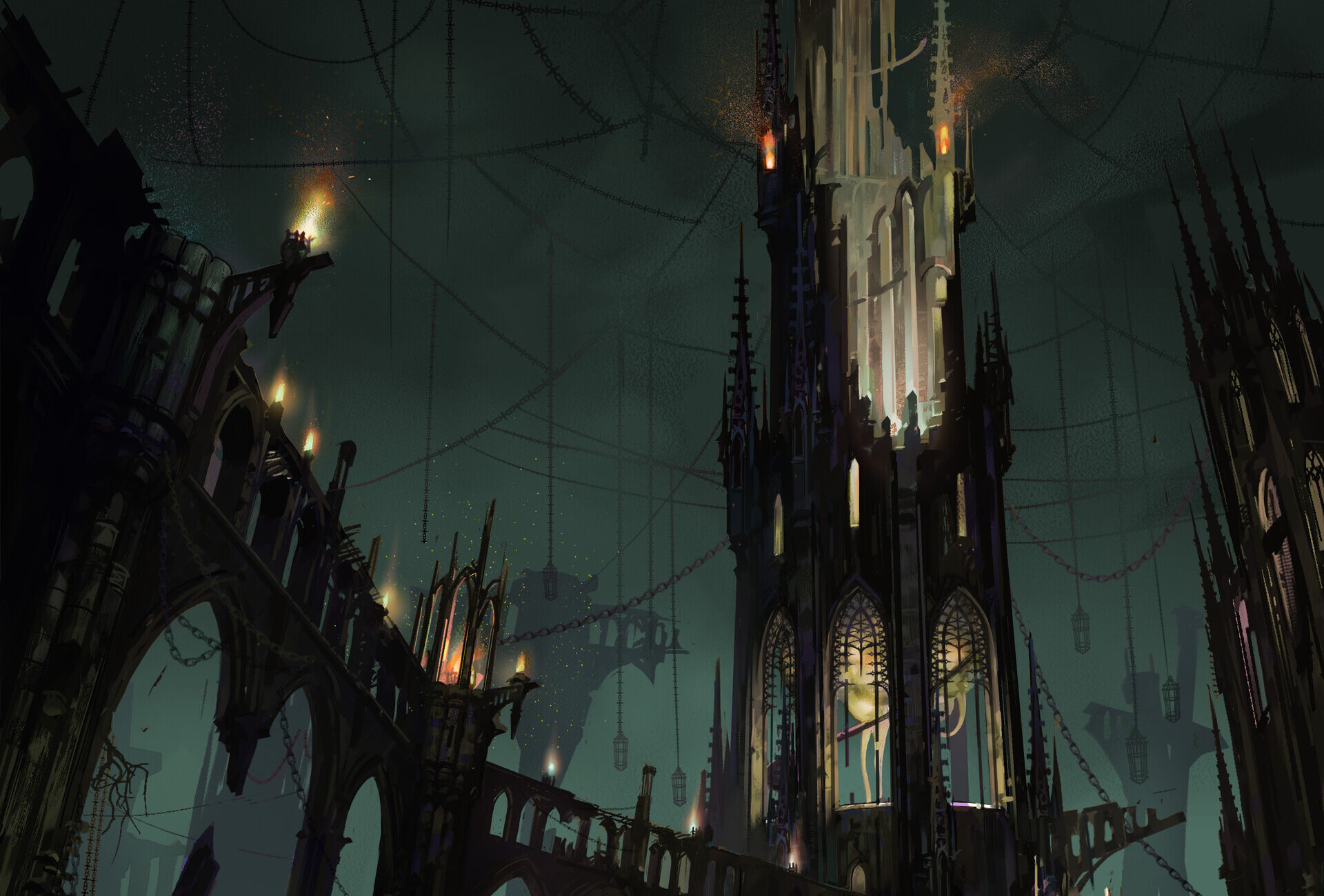 Much of my latest dark fantasy novel rises out of my love for Demon's Souls, especially its most tormented area, the Tower of Latria.

Latria is a happy place full of mutated fiends, mind flayers, and imprisoned mages. When I play Demon's Souls, I tend to go with the Royalty class that has great starting magic and gear. It's the closest a Hidetaka Miyazaki game gets to having an easy mode.

Late in 2020, the PS5 debuted with a remake of Demon's Souls assembled by Bluepoint Studios. This piece of concept art by Pavel Goloviy shows the dedication of the people at Bluepoint in making sure the first Souls game got to demonstrate the power of the newest PlayStation. With a fortunate handful of gamers getting to show off the new version, my own excitement for a 2009 game began to grow once more.

Most people come to Souls through it's most lauded entry: Dark Souls. Thanks to one of my finest friends, I started on the ground floor with Demon's Souls.

I love the tone of these games. I love the stubbornness and difficulty. I adore how the environment tells the story instead of leaving it to some cutscene or text box to tell you why you should care. These games thrive on difficulty because the creators know that the eventual victory will be so sweet.

In a pandemic-saturated world, we can all use another taste of victory.

That became my goal. I wanted to show a broken world with defeated characters. I want to motivate these characters to stand up even when they've felt nothing but heartache and loss. I wanted to give someone a hint of what Depression is like, both in the lows and in the highs of empowerment and victory.

A group of my fellow writers decided to empower each other to keep writing and to foster a sense of community. Thanks to the pandemic, the unifying activity, the Superstars Writing Seminar, was unable to take place for 2021. (Kevin J. Anderson said, "It's just not Superstars without hugs.") To fill some of that void, it was suggested some of us get together and try to write. Rather than go the "traditional" NaNoWriMo route, we were challenged to tackle something over the course of two months. The difference was that we'd decide what the goal for that period should be.

One of my goals for 2021 is to fully plot and finish a draft of two novels by the end of the year.

I spent around six weeks preparing how The Tower Of Humanity should play out. The threats, the flaws, and the journeys of the protagonist, Deanna. That meant having an idea of the geography, but Deanna's actual journey is from drunken innkeeper to empowered protagonist. With all that in hand, I started writing on January 31.

By early evening on March 31, I had a full draft in my hands. It's got warts. There are plenty of placeholder tags that need filled in. I could give a little more depth to Deanna's father, saying something about who he was. But that's a problem for later.

Right now, I've got a full draft to a new novel. That's a victory.