The Heartache Of Moving On

If it were up to me, I would do all the things. Read everything, play every game, write every book. Everything would be released in ideal time and place, edited to perfection. The covers would be immaculate. Readers would never need to wait.

When I last checked, I was still human. Only one person too, thankfully. 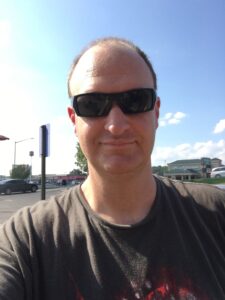 I write weird things, I know that.

Here's an example: I saw a call for pirate stories. Most people would write things inspired by Blackbeard or Jack Sparrow. Me? I wrote about a pirate who found a cursed gem that made him immortal, forced his consciousness to jump forward in time, and let him endure the death and birth of the universe. FUN!

I do not write fast, though I'm doing little things to improve both my speed and my quality.

I don't have deep pockets. That means independent editing and ordering covers is out. Paid marketing is way out since I'm slow at making product.

That means two things. First, I have to steer toward the traditional wing of publishing. I have friends on both sides of that divide and I love them all. This is what I need to do for my current abilities.

Second, and more recent, it means lowering my emphasis on Patreon. I haven't posted any new installments there in several months. Too many other projects in development. I haven't closed that shop by any means, I simply have to put it on hold.

That means no more Patreon money for me. I never charged my patrons without providing something new to read.

If it helps me get my writing into more hands faster, then I'll gladly put my Patreon efforts aside for now. I have too many giant monsters and tactical duelists waiting to meet you.

On that note, it's back to writing. I'll post again soon.